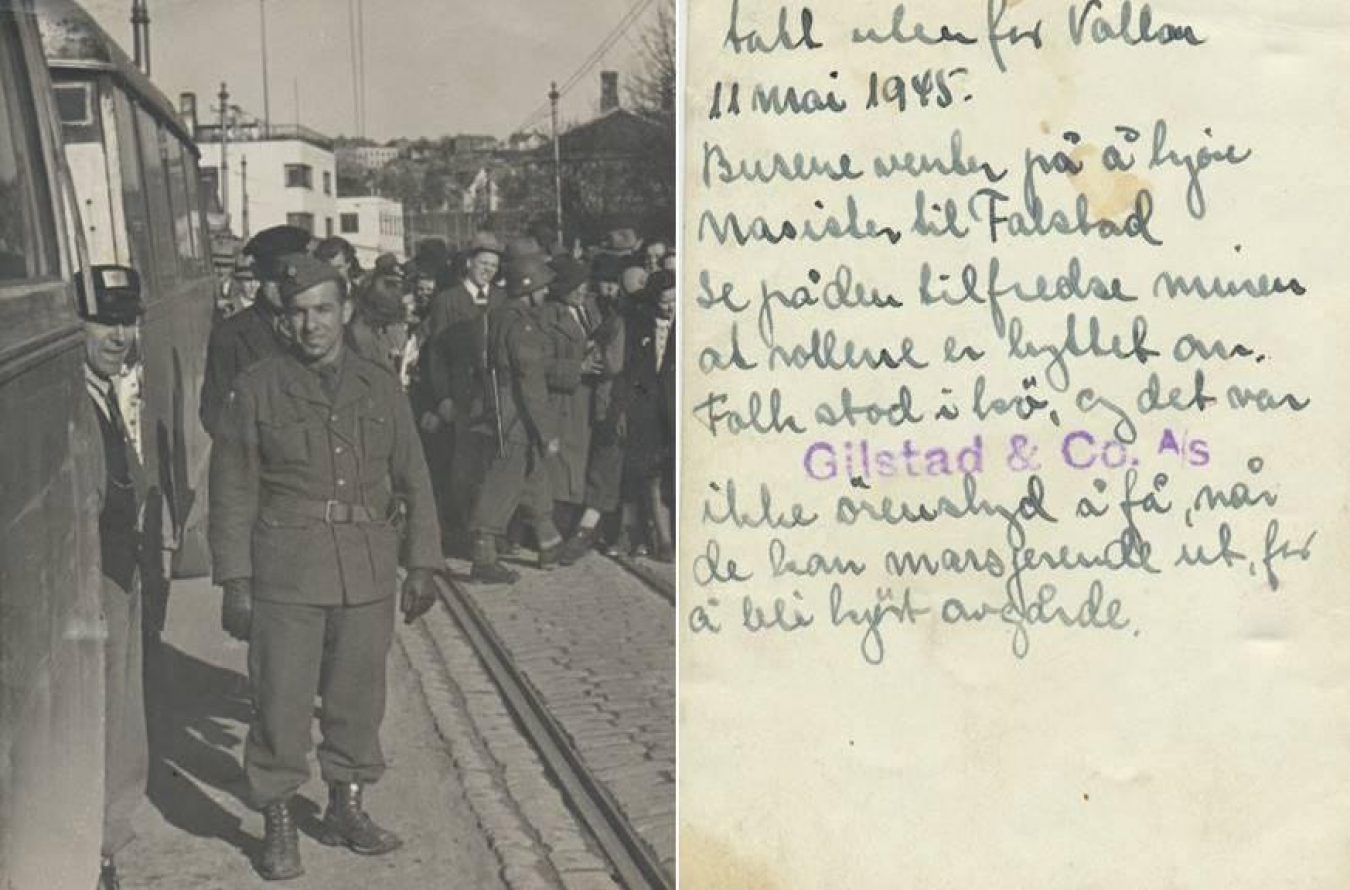 Because this week we are marking that it is 75 years since the end of World War II, on the 8th of May 1945, we have found a photo from our collection from Trondheim in May 1945.

In the middle of the picture we see Josef Klein outside Vollan prison in Trondheim. The photo was taken on 11.05.1945. On the back of the picture it says: "Taken outside Vollan May 11, 1945. The buses are waiting to drive Nazis to Falstad. Look at the satisfied face mine because the roles have been changed. People were queuing up, and it was not possible to hear anything (unclear) , when they were marching out, to be driven off. "

It was soon known in Trondheim after May 8th that the prisoners had started to escape from Vollan prison. Kaare Viken writes in the book "More than 1000 days. Among the prisoners and guards in the Vollan County Prison that many in town had friends or relatives in the prison. They were released into groups of ten by ten. The release of the prisoners was one of the many proofs that the war was ending. Children and adults waited outside, shouting and waving flags at the prisoners coming out. When Vollan was cleared of prisoners, it was the Nazis' turn. Already on May 11, these were sent from Vollan to to Falstad, 50 kilometers outside Trondheim.

Joseph had been sent from Vollan to Falstad prison camp in October 1942, while his wife Irene and three-year-old daughter Anne Ruth had to stay, not knowing what happened to their father and husband.

After being held at Falstad for several weeks under terrible conditions, Josef and all the other arrested Jews from the Trondheim area had been transported to Oslo. They were intended to be