Artifact of the Month
Item of the month: ordering unleavened bread, matzah, with kosher proof 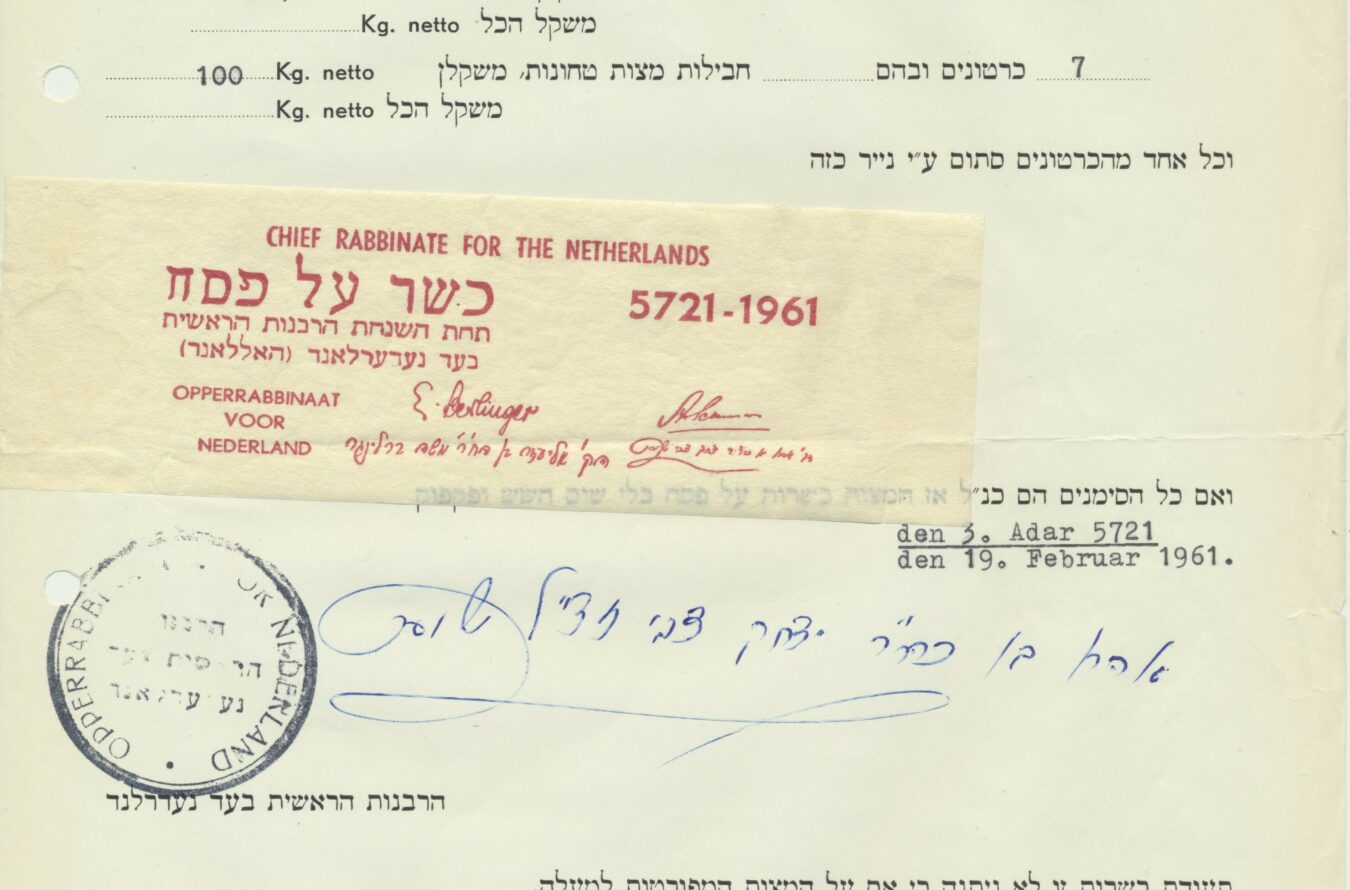 Pesach is one of the most important holdiays in Judaism. During the celebration, Jews remember the Israelites’ enslavement in Egypt and eventual liberation by Moses. In chapter 15 it is described how the Lord – the God of the Israelites – instituted this holiday as a day of remembrance for the Israelites. He said that he would strike every firstborn son of Egypt but pass over the homes that were marked with blood. Thus, all the Israelites marked their doors with blood from the sacrificial lamb and were spared. The Hebrew verb for “passing over” – pasach – is possibly the origin of the word pesach. This is reflected in the English word for this holiday, “passover”.

Another name for this holiday is hag ha-matzot, The Feast of Unleavened Bread. In the same chapter of Exodus, the Lord tells the Israelites to hold a feast and eat unleavened bread. This bread is called matza, or matzot in the plural form. This was to commemorate the people who had to leave their homes in a hurry and did not have time to let the bread rise.

Eating matzot during pesach is a tradition observed by most Jews. For many, it is important that the bread they are eating is koscher, that is, produced in accordance with Jewish religious law. Matzot, for instance, are to be baked fast, so as to not let the bread rise. Also, the two ingredients (flour and water) are to be kept separate at all times until the baking begins. Matzot for pesach follows even stricter rules. A Jewish religious authority will often control that a manufacturer of koscher foods are following these rules.

Our Artifact of the Month is a document sent to The Jewish community of Trondheim in 1961, with an order confirmation for matzot, including a koscher certificate. The manufacturer of the bread is the Dutch company “Hollandia”. The order is for 224 kilos (494 lbs) of matzot, and 100 kilos (220 lbs) of matza-flour.

In the middle of the document one can see the koscher certificate, issued by the Chief Rabbinate of the Netherlands. In Hebrew the words “koscher for pesach” is written in big letters, alongside the year in both Jewish and Gregorian time (“5721-1961”). The Chief Rabbinate of the Netherlands has been an important authority for koscher certification since 1945. 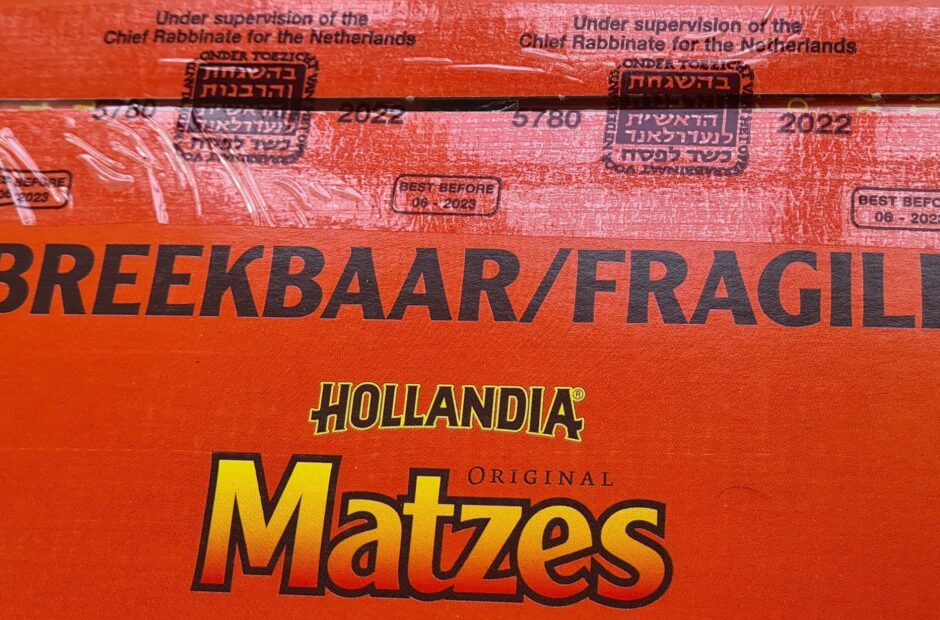 The Jewish community of Trondheim still orders matzot from Hollandia to this day, which are still certified by the Chief Rabbinate of the Netherlands.
This year, 2022/5782, pesach runs from the 15th to the 23rd of April.