Artifact of the Month
At Mendelsohn's cabin in April 1940 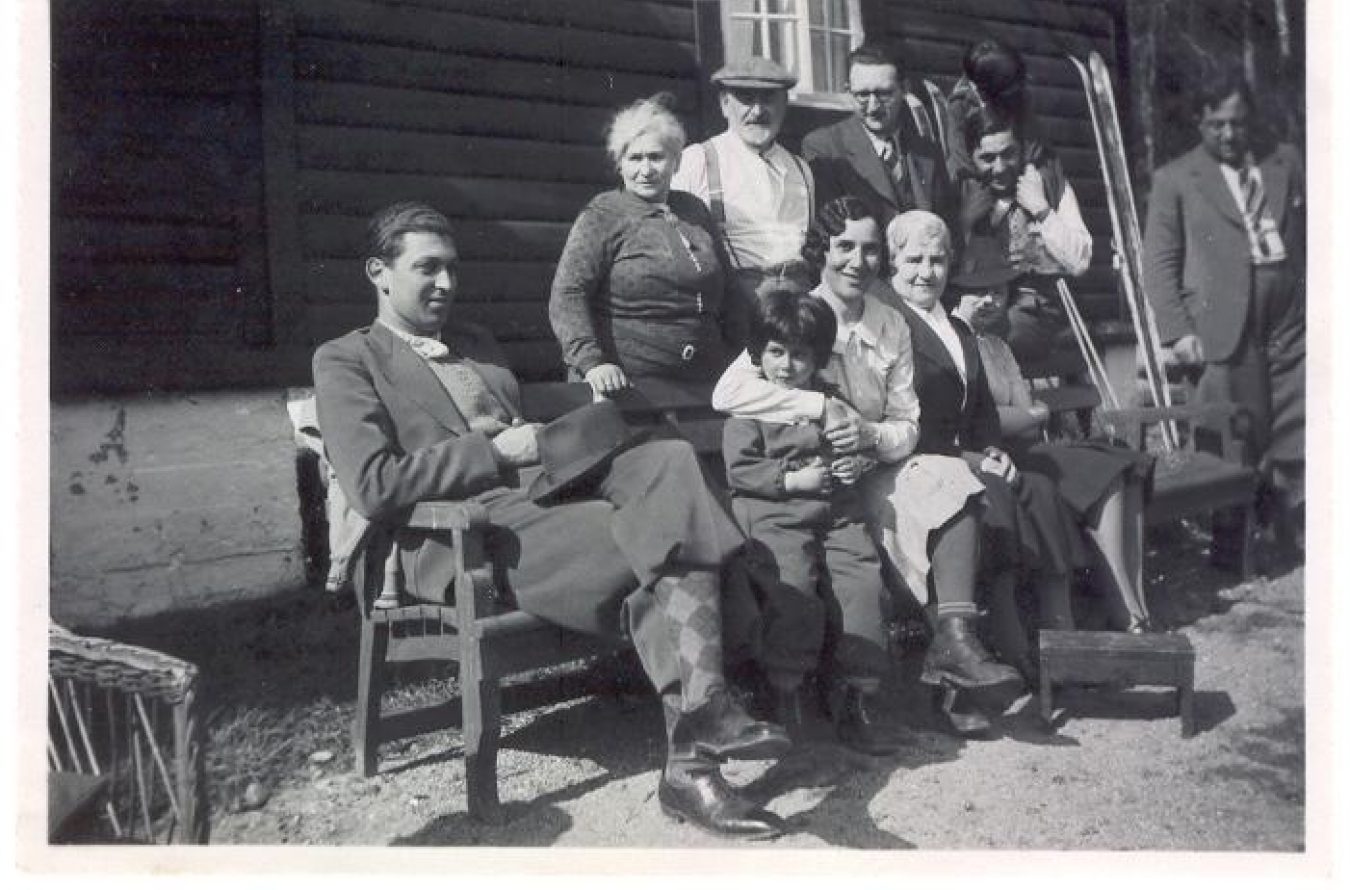 In the month of April 80 years ago, many Norwegians felt the uncertainty for what the war would bring when Norway became occupied 9thApril 1940. In Trondheim, there were rumours about the city being bombed and many chose to flee. Some travelled to family, friends or acquaintances outside the city while others went to their cabins.

Thora and Aron Mendelsohn was among those who chose to leave the city. The elderly couple went to their cabin at Lian together with family members and others from the Jewish community, such as cantor Josef Grabowski. The photograph is from the museum’s collection and is taken at Mendelsohn’s family cabin in April 1940. We can see Thora and Aron in the centre of the photo. They got married in Trondheim in 1895 in what was the first Jewish wedding in the city. They were both hardworking and active people in the work life as well as in the religious community.

Josef Grabowski is standing on Aron's left hand side. Josef and his wife Liesbeth came to Norway from Germany in 1939, and Josef was hired as cantor and religious teacher at The Jewish Community in Trondheim. He was imprisoned during Kristallnacht in 1938 but released on the condition that he left the Germany. He was granted a residence permit in Norway, but only after the Jewish community in Trondheim could guarantee that Josef was employed and would not become a burden to the Norwegian state.

Mendelsohn’s cabin was like many other cabins in Trøndelag used as an emergency shelter in the weeks after 9th April. This was considered safer than staying in the city but made everyday life turned upside down. Still, they adjusted as well as possible. The family even celebrated pesach at the cabin, in spite of not having the possibility to follow all the traditions of the holiday.

Many chose to go back to Trondheim after some time, even though there were uncertain times. Those who stayed at Mendelsohn’s cabin also went back to the city, without knowing what lay ahead.