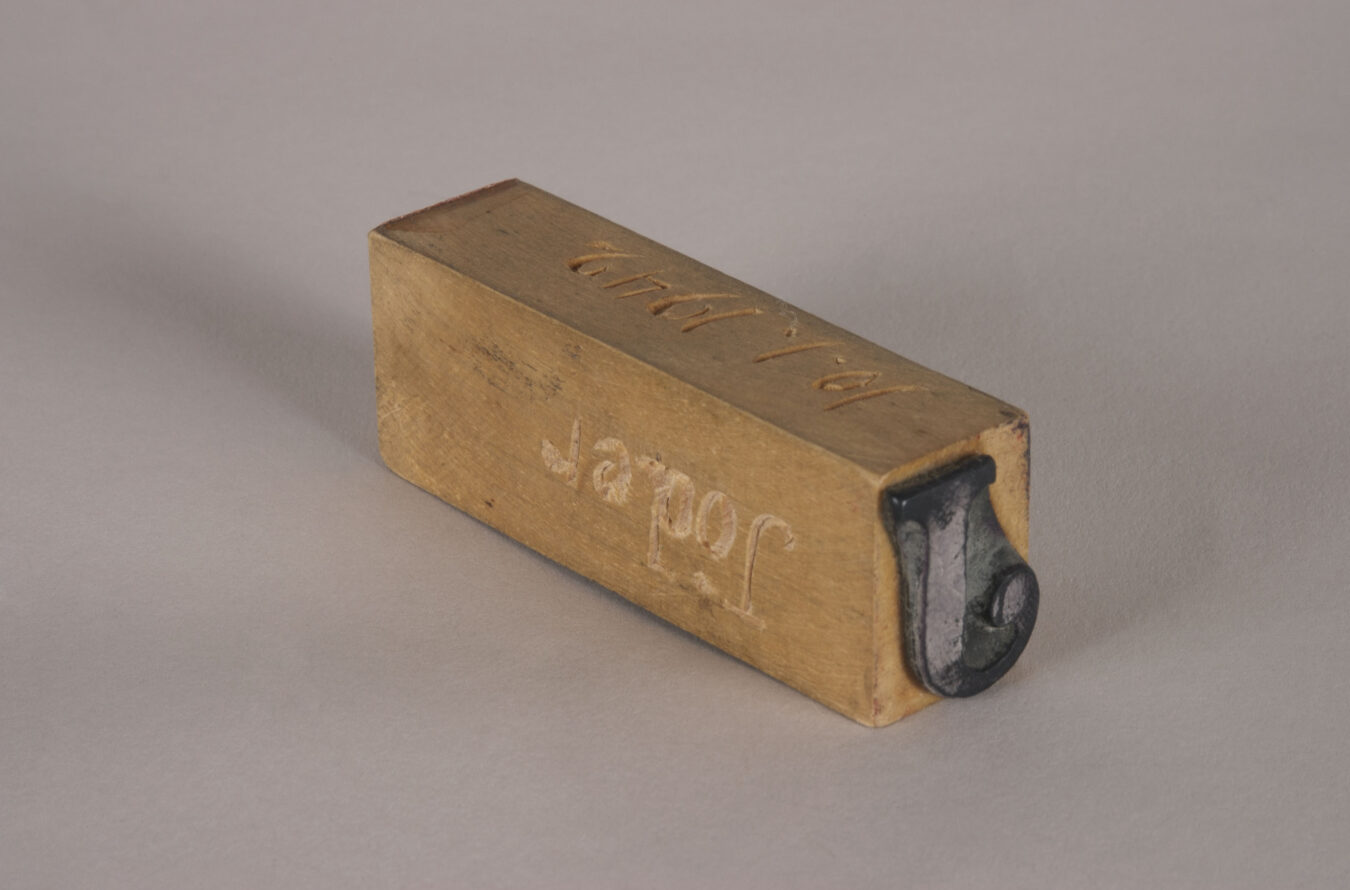 For this month’s artifact, we have picked out an ink stamp with the letter “J”. These were used to stamp Jewish identification documents during the Second World War. This ink stamp was used by Strinda Police Station, and was one of 700 that the Ministry of Police had ordered from Johs. Krogstie Stempelfabrik & Gravøranstalt in Oslo.

In January 1942 all Jews were ordered to go to their local police station to receive a big letter “J” in the identification documents. From that moment on it was easy to see what background one had when showing the ID. 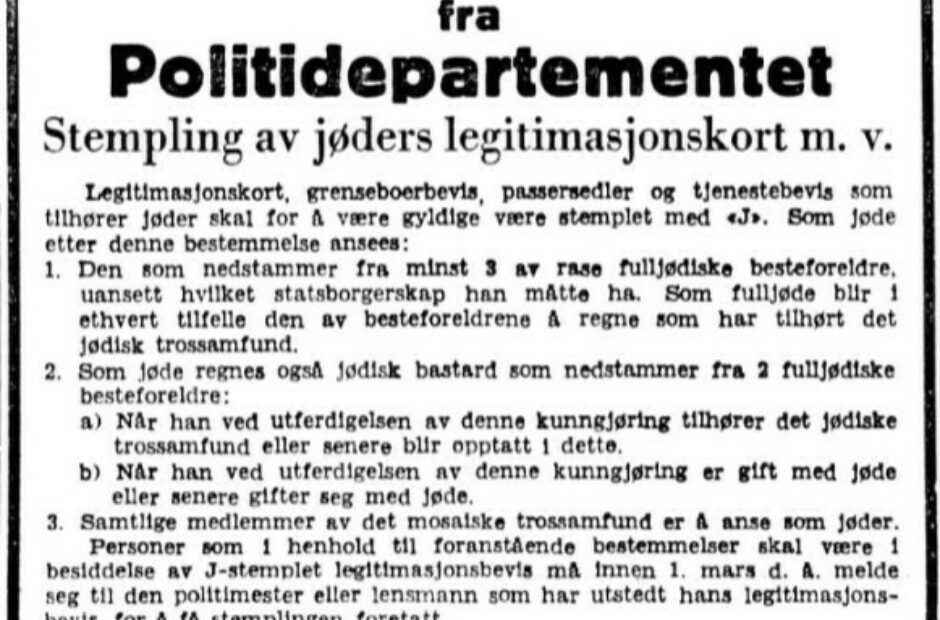 This order was a part of the ongoing work to get even more detailed information about the Norwegian-Jewish population. It also became a part of the Ministry of Police’s work to establish their own card index, which later was used during the arrestation and deportation of the Norwegian Jews.

This artifact was donated by the National Museum of Justice to Jewish Museum Trondheim in 1997, and it is an important historical artifact in our archive.