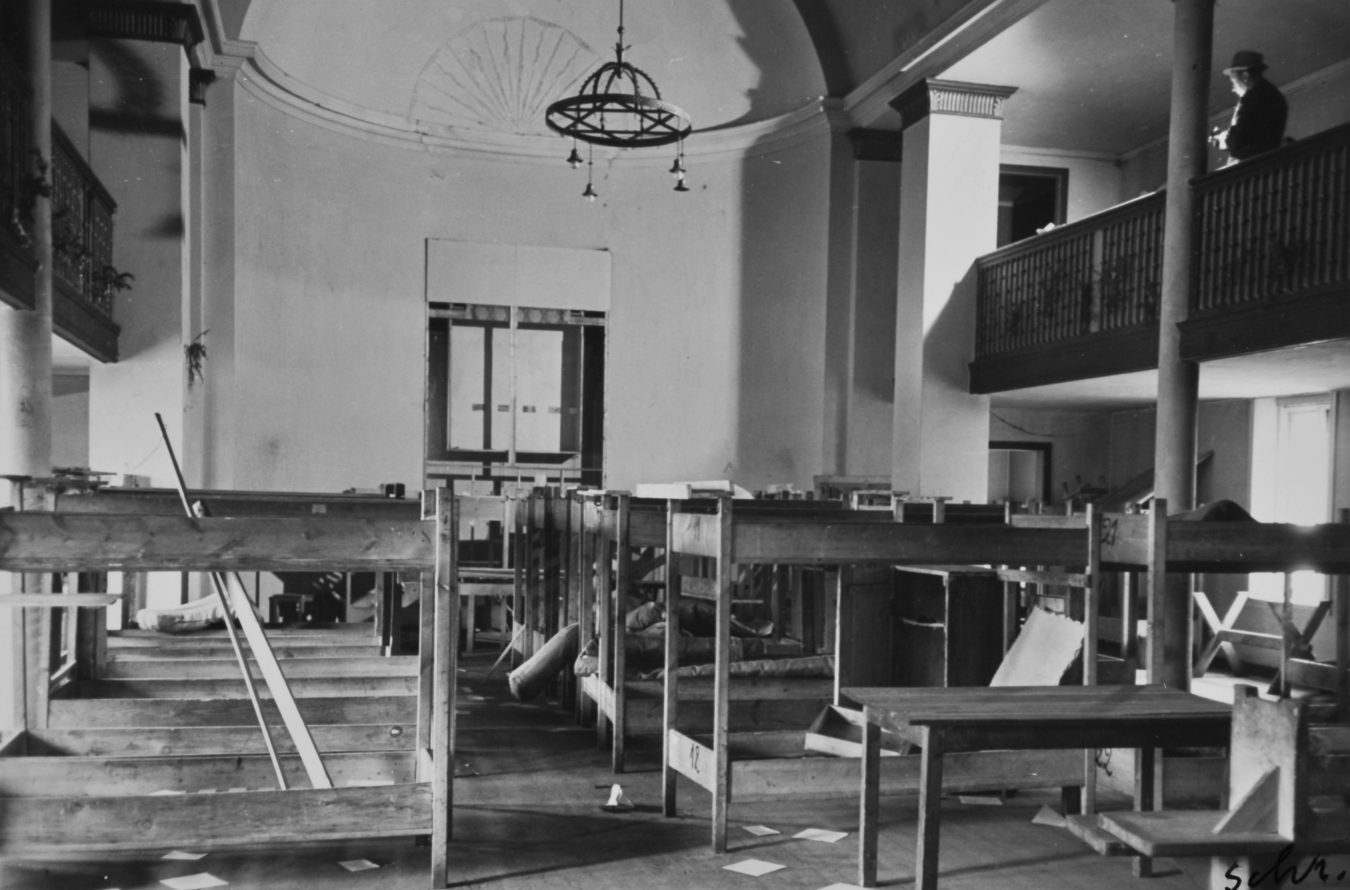 «After Easter, during the early morning on 21st of April 1941, the Germans took the Synagogue without any warning nor confiscation order”.

The quote is from “«Jødenes historie i Norge» by Oskar Mendelsohn and it illustrates what happened 80 years ago when the synagogue in Trondheim was taken. The principal of the synagogue, Aron Mendelsohn, and a few others were able to retrieve some few and important objects from the synagogue before they were refused access. Most of the items that they were not able to retrieve were lost. For example, religious artifacts, such as praying shawls and books were tossed from the windows and destroyed.

The synagogue became a dormitory for German soldiers to stay during transfers and it was badly treated by the residents. Aron Mendelsohn and one of his sons, Oskar, snuck into the building during the summer of 1941, in between arrivals of soldiers. Oskar retells this as a sorrowful experience to see in how bad shape the synagogue was. For example, the Torah ark and the bimah were destroyed, and the benches were stacked by the walls. The gallery looked like it was used for cutting hair and it was hair and dirt everywhere. The chandeliers had been shot at, and the Star of David in the windows had been replaced with the swastika.

When the war ended in 1945, the synagogue was a sad sight, such as the photography from 1945 shows. The building was in poor shape and most of the inventory was destroyed. The work with rebuilding the synagogue was difficult and hard, and questions arose regarding how the new synagogue should look like. Several suggestions were given, however they decided to restore the synagogue to its original state. The original drawings were used, and it became close to identical as how it had looked like before the war. The biggest change was that the benches were now much shorter. In total the number of seating were reduced to half, which reflects the great loss during Holocaust. 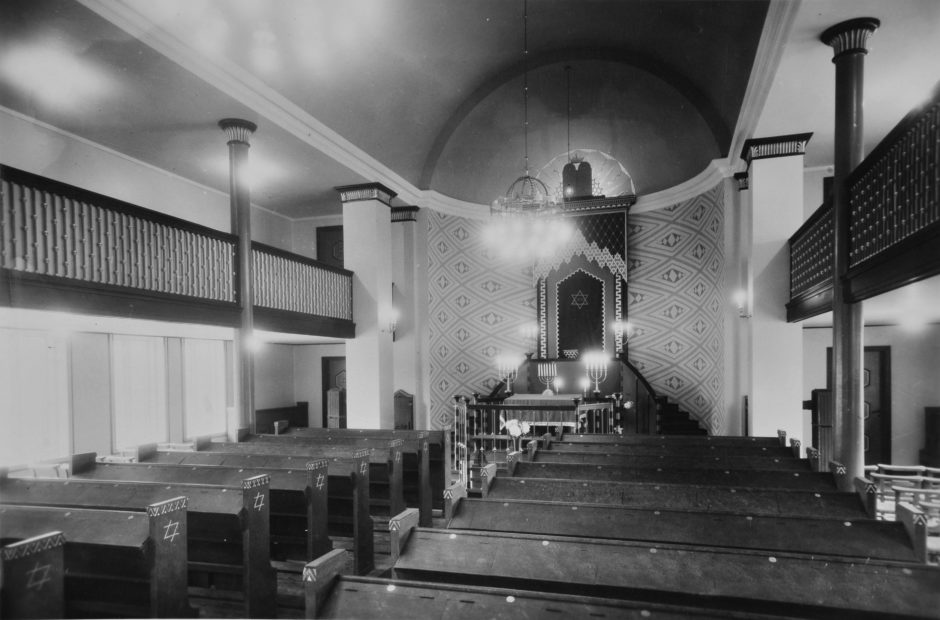