This month we share a picture related to the celebration of Pesach which starts at the end of March this year.

In the museum's basement exhibition, visitors can see how a table can be set for the Seder night, with small bowls and a separate plate for use for the symbolic dishes, such as the unleavened bread matza, bitter herbs and boiled eggs in salt water, to name a few.

The dining room furniture and items on the table are from Adolf Bekker from Trondheim. Adolf Bekker ran the business Jacobsen & Bekker AS, which he had inherited from his parents Moses and Esther Bekker. There he sold shoes and clothes. The traditional clothing store was run on premises in Søndre gate 22 from 1918 until the early 2000s. Adolf Bekker had also inherited this furniture from his parents, who were both killed in Auschwitz during WWII.

The family's furnitare and goods were confiscated by the occupying forces during World War II. After the war, Adolf Bekker managed to get the furniture back. On the back of the cupboard behind the furniture is the name Rinnan, so it is assumed that Henry Rinnan, Norwegian nazi gang leader, has had this furniture in his home.

Back to the Passover celebration which is about the the jews fleeing Egypt and which has been a very important holiday to commemorate for Jews all over the world at all times.

Pesach is today a holiday of the home, but in ancient times Pesach was celebrated by making a pilgrimage to the temple in Jerusalem, where people gathered to sacrifice and pray. Although Pesacḥ is often called "Jewish Easter", it is a tradition that began long before Easter originated with Christianity.

To fulfill the command to pass on and relive the story of the Exodus from Egypt, a meal is performed the first two evenings in Pesacḥ, called Seder.

The word "seder" means order, because on these evenings everything happens according to clear guidelines and a certain order. By reading, singing, asking questions and eating symbolic dishes, you live into the story, and the meal often takes several hours.

After the temple was destroyed, the rituals around Pesacḥ has shifted focus to both the synagogue and the home, but it is in the home that the most famous and important ritual is experienced among family and friends, namely the Sedar Evening.

According to the Bible, the Jews were slaves to the Pharaohs of Egypt, and Pesacḥ is celebrated to commemorate how Moses, with God's help, led the Jews' exodus from Egypt; from physical and spiritual slavery to full freedom as a people. The Talmud instructs that “every generation is obligated to consider themselves as having come out of Egypt. It says in the Torah: ‘You shall tell your children on that day and say; based on what God did for me when I came out of Egypt'´.

So how do you know what to do during the Seder meal?

Everything is described in detail in the Haggadah, the book that tells about the exit from Egypt, and which describes in detail how the evening will go. Everyone who celebrates Pesach, regardless of direction within Judaism, wears a Haggadah on Seder night

The evening is full of symbols and symbolic actions, and as soon as you sit down at the table you will see the seder plate which is decorated with small bowls filled with small portions of symbolic food.

One of the goals of Pesacḥ is to remind us of the exit of Egypt. And then one eats the same bread as the Israelites ate when they fled from Egypt. Since they had to hurry, they took the bread dough with them, but in a hurry the bread did not rise until it was baked in the desert sun. We can literally re-experience how the people hurried when we break the thin unleavened bread in half. 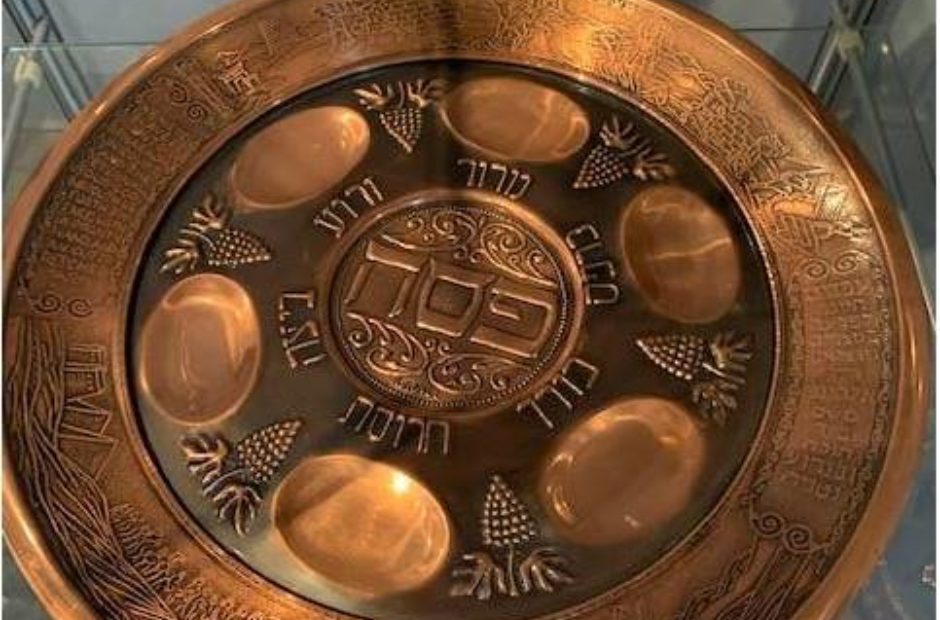