Artifact of the Month
Piece of music composed by Jac Maliniak 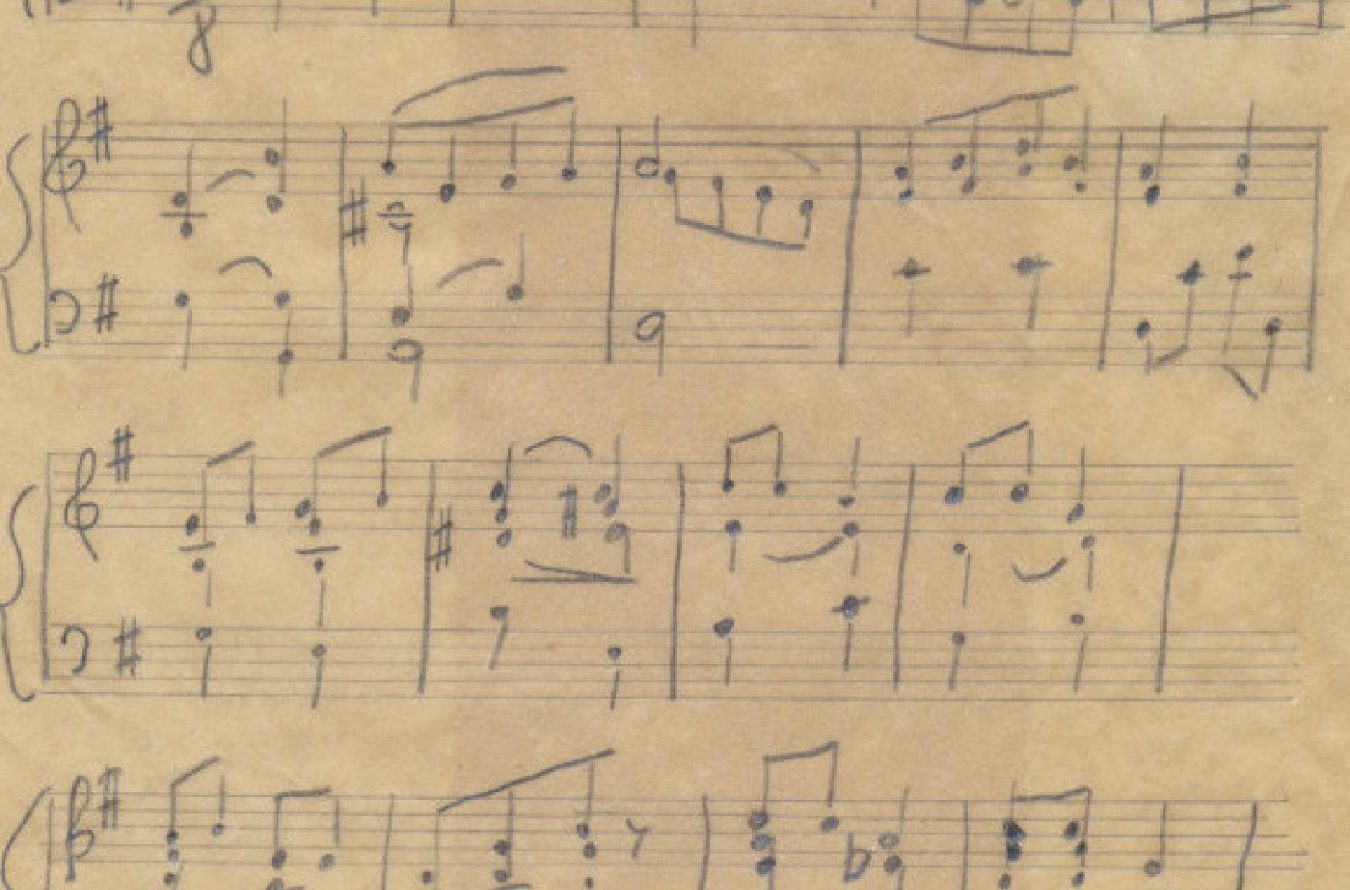 This is handwritten sheet music of a lullaby called “Lille Kari” which Jac Maliniak composed in April 1942. His daughter Maryla later called one of her daughters Kari.

Jac Maliniak was a cultural personality in Trondheim and a famous musician. He was born in Poland and educated at the music conservatory in Warsaw. He moved to Trondheim in 1918, where he was the Kapellmeister at the Hotel Britannia for many years in addition to composing his own music. He was extremely popular not just with the people in Trondheim, but also with music lovers in other countries. In the Maliniak collection in the museum, there are several letters written from people in Germany, France and Sweden who admired him.

Jac Maliniak was arrested in 1942, and in 1943 he was deported to Auschwitz. His daughter Maryla survived the war and looked after her father’s photographs and documents. Maryla’s daughter Liv subsequently preserved the collection, and in autumn 2016 she donated parts of it to the museum. It tells of the life of a person who made his mark on the cultural scene in Trondheim and we are extremely grateful for this important contribution to the museum’s collection.