Simon Mahler was born in 1886 in what we today know as Latvia, previously a part of The Russian Empire. Most likely, he came to Norway in 1913, and settled in Trondheim. In 1918 he opened the manufacturing business S. Mahler in Hospitalløkka number 10. He later started «Trondhjems Avfallsforretning». He married Malke Rachel Leiman sometime in the years of 1916-1917, and together they had five children named Sara Bella, Abraham Bernhard, Salomon, Mina and Selik.

Became an author as a young man

We do not have a lot of information about Simon Mahlers early life, we do however have a translation of a book he wrote as a young man, named «Lyadar – Labans biography». It´s originally written in Yiddish, which was the mother tongue of the Jews that came to Norway from Eastern Europe. In this biography we meet the main character Laban, which may be based on Mahler himself. Laban works as a peddler in Sweden, and later in Norway. In the book, he explains how tiresome his work is.

«I peddled my wears from house to house with my heavy load. My body ached from working day and night. This is how I spent eight years of my life – starving and freezing, I was tired of living» (Mahler, u. å, s. 1).

Many of the Jews that came to Scandinavia at the end of the 19th century worked as peddlers, until it became illegal. It was very difficult to get to work as a craftsman, because you had to be a member of a Christian guild to practice your craft. This is the main reason many Jews became peddlers and later opened stores. Life as a peddler was tiring and heavy work, far away from their families. Their families were either still in Eastern Europe, or in their city of residence here in Norway.

In the biography Laban has also left his loved ones behind, to be a peddler. Mahler uses many paragraphs to describe Labans longing after his mother and father «I carry with me the memories of my dear father. His face glowing, not yet stricken by old age». «I am so far away from her now. The train went further and further away, and so did I, I could no longer hope to return, I had to go out in the world to earn for my living. Today I am leaving for Norway, and shall begin working for money»

Laban is not only longing for his family, he is also tired of not being able to follow the religious rules of Judaism, while working as a peddler. Mahler writes about the difficulties with maintaining both religion and tradition. «Sweden has deprived me from both my Judaism and my honesty. The Swedish Laban forgets both his prayer shawl and straps. It is impossible for the peddler to follow his religion, if you are, you will starve everyday». «You can´t really say that Laban is a proper Jew». Mahler is probably referring to the struggles to follow the kosher-rules. Laban is no longer a part of a Jewish community, and he misses it badly. «On Sabbath and holidays, he eats what the strangers has prepared. He rarely sits by a Jewish table; he rarely eats a Jewish piece of fish. And like this he wanders – hungry, thirsty, without saying a word. He has no one to talk to».
The book is heavy-hearted. Laban is tired, longing for a past long gone. «I always find myself longing for home, and tears stream down my face».

We do not know in what degree this book is an autobiography, and then again, we do not know what kind of emotions Mahler himself felt. But we believe that he also felt some of the same feelings working as a peddler by calling the book an autobiography. The translators however perceive Laban as being representative for all wandering Jewish peddlers. The translators write «It is probably only the people who truly knew the writer who can tell us something more about the motive and form of the book. Which today are very few people». They also note that parts of the book are in rhyme, and that the translators were not able to transmit the same poetic quality found in the original book.

The translation of the book

The translation of the book is a story of its own. Henriette Kahn who has been a part of the museum in Trondheim since the very beginning started the translation process, in the early days of the museum. It went like this: One person who did not know Yiddish, but knew how to read Hebrew letters, phonetically read the book out loud through the phone to another person, who did not how to read Yiddish with Hebrew letters, but who knew Yiddish by heart. It became a laborious process of phonetic listening, and even a third person sat beside the second one writing it all down. It was a long process, but after several days of hard work, they could finally hold a Norwegian translation of «Lyadar – Labans biografi» in their hands. 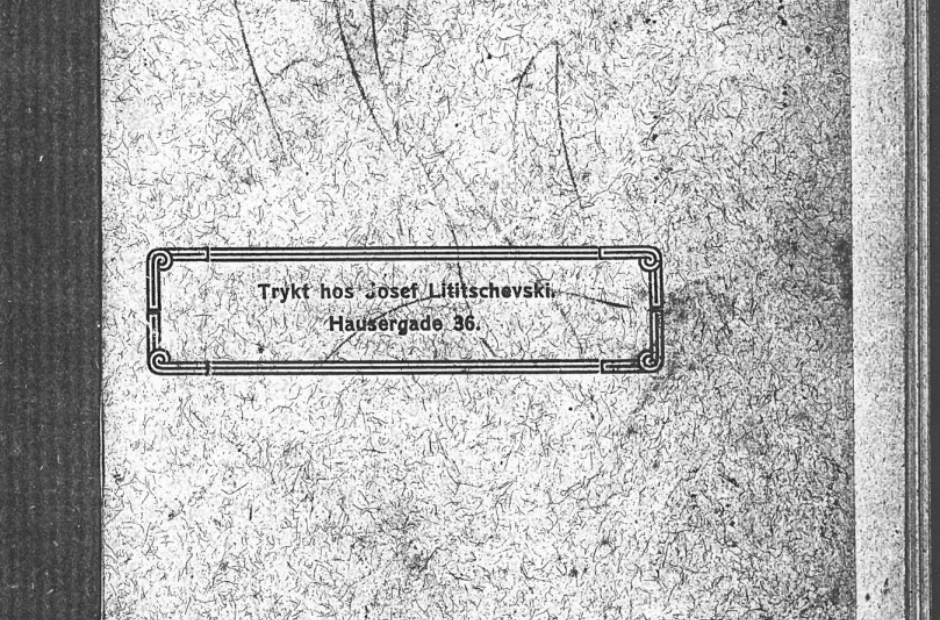