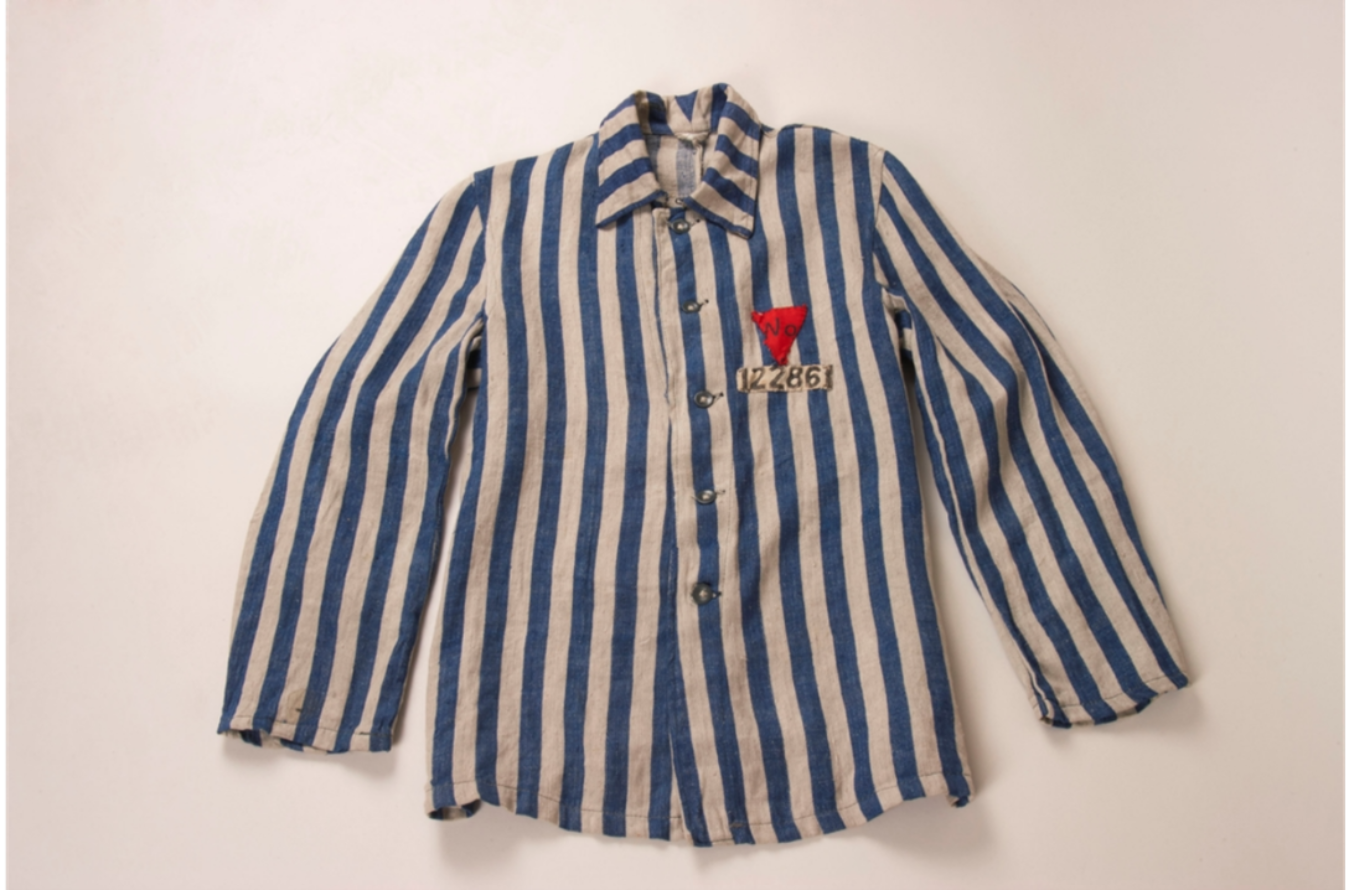 The 27thof January is the International Holocaust Remembrance Day. It marks the anniversary of the liberation of the prisoners at Auschwitz-Birkenau by Soviet troops in 1945. Today the date pays tribute to the victims of the Nazi political strategy during the Second World War.

The concentration camp Auschwitz was the destination for most of the Norwegian Jews that were deported during the war. During the early hours 3rd of March arrived the last large scale deportation of Norwegian Jews, where the majority were people from Central-Norway. Most of them were sent directly to the gas chambers, however a handful men capable for work were sent to the camp to work as slaves. As a prisoner your identity were taken away by getting a prisoners number tattooed on your forearm. Furthermore, you received a prison uniform with the same number and an colored mark to show what kind of prisoner you were. Red was for political prisoner, green for criminal, black for “asocial” or Romani, pink for homosexual, purple for Jehovah’s Witnesses, and yellow for Jew.

As a result of the terrible conditions in the camp most of the prisoners died after a short while. Of the total 773 Jews from Norway, only 38 survived. From Central and Northern Norway only 7 came home - Leo Eitiner, Pelle Hirsch, Assor Hirsch, Fritz Lustig (Levold), Hans Lustig (Levold), Robert Savosnick and Julius Paltiel.

Shortly before Auschwitz was liberated 27th of January 1945, Leo, Pelle, Assor, Julius and 66 000 other prisoners were evacuated from Auschwitz when Soviet troops were getting close. The prisoners were sent out on a death march towards Germany where several thousand lost their lives. If you could not keep up, or you sat down, you were shot and killed. The four from Trøndelag, together with Samuel Steinmann from Oslo, survived the march and ended up in the concentration camp Buchenwald. In an interview with Jon Reitan, Julius has retold this event: «When we got to Buchenwald, we had to change number, change identity. Instead of being 105362, I became 122861». On other words they got a new number, a new prison uniform, and a new identity.

Against all odds, they had survived Auschwitz and the death march, however they were far from safe. Since they were Jewish they were treated worse than the rest of the prisoners, but it helped that they got in touch with Norwegian students that were prisoners as well. They shared both food and clothes they had gotten from the Red Cross. The joy was also great when they learned that all prisoners from Scandinavia were to be picked up by the White Buses and sent home. However, before departure the five Jewish men were crossed off the lists and left behind.

During the last days of the war all the Jews were ordered to meet at the camp center. Based on earlier experiences, they took this as a bad sign and went into hiding. They also removed the yellow mark that showed that they were Jewish prisoners and sewed on a different mark. The 11th of April the camp was finally liberated, and the five men had once again cheated death. To get home they had to hitchhike their way north and reached Norway at the end of May 1945.